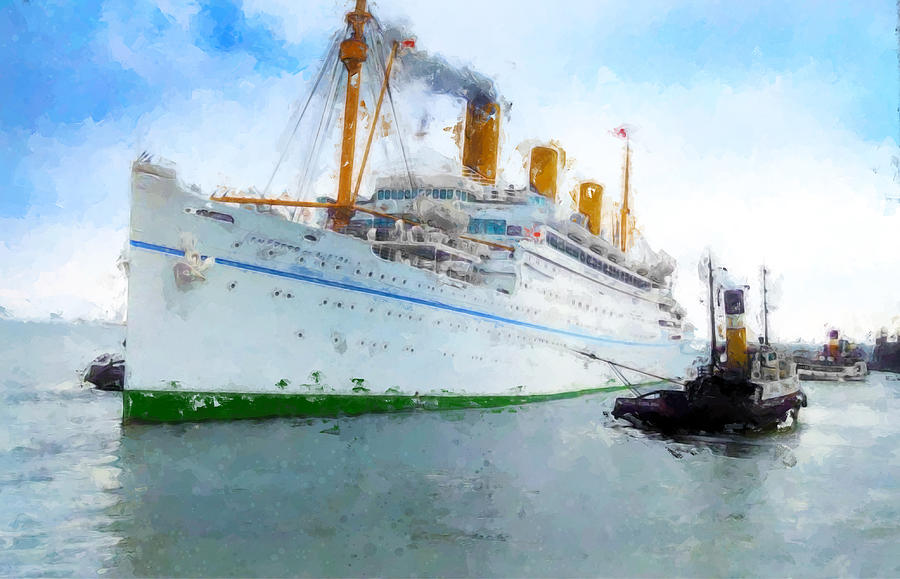 RMS Empress of Australia was an ocean liner built in 1913–1919 by Vulcan AG shipyard in Stettin, Germany (now Szczecin, Poland) for the Hamburg America Line. She was refitted for Canadian Pacific Steamships; and the ship – the third of three CP vessels to be named Empress of China – was renamed yet again in 1922 as Empress of Australia.

In trans-Pacific service, the ship garnered fame for her part in rescue efforts at Tokyo following the Great Kantō earthquake of 1923.

In trans-Atlantic service, she earned distinction in 1927 by bringing the Prince of Wales from England to the Diamond Jubilee celebrations in Canada. She was honoured to serve as Royal Yacht during the Royal tour of Canada in 1939.

Based on an old black and white photo.