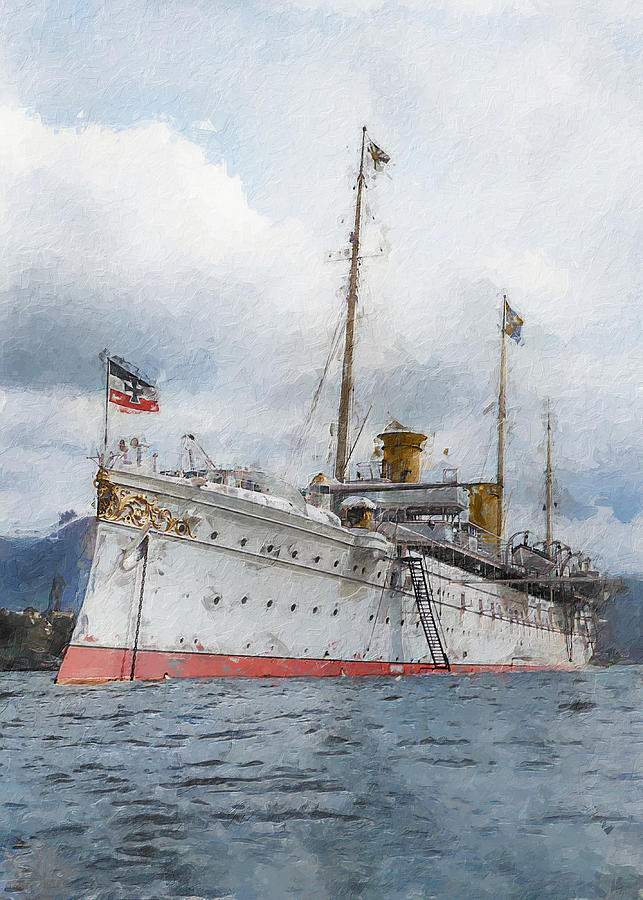 SMY Hohenzollern (German: Seiner Majestät Yacht Hohenzollern) was the name of several yachts used by the German Emperors between 1878 and 1918, named after their House of Hohenzollern. Hohenzollern II was launched on 27 June 1892, the build completed the same year by AG Vulcan Stettin. She was used as the Imperial Yacht and aviso from 1893 to July 1914. From 1894 to 1914, with the exception of 1906, Emperor Wilhelm II used her on his annual prolonged Nordlandfahrt trips to Norway. In total he spent over four years on board.