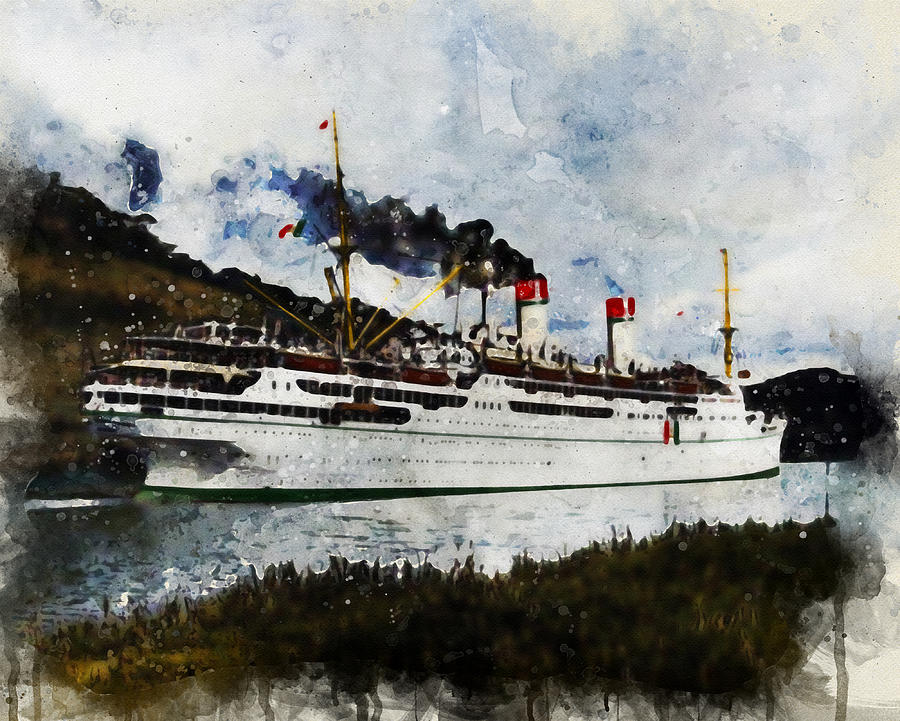 Conte Biancamano was an Italian ocean liner launched in 1925. The name was chosen in honor of Humbert I Biancamano, founder of the Savoy dynasty. She was built in the Scottish shipyard William Beardmore & Co. in Dalmuir, near Glasgow. She was built for the Genovese shipping company Lloyd Sabaudo, operator of the Conte Rosso and Conte Verde. The engine, equipped with two steam turbines double reduction unit and two propellers, allowed her to reach a speed of 20 knots, and vented in two funnels. She housed 180 passengers in first class, 220 in second class, 390 in economic class and 2,660 in third class.

Conte Biancamano was the first of two sister ships, her sister Conte Grande not seeing completion until 1927.