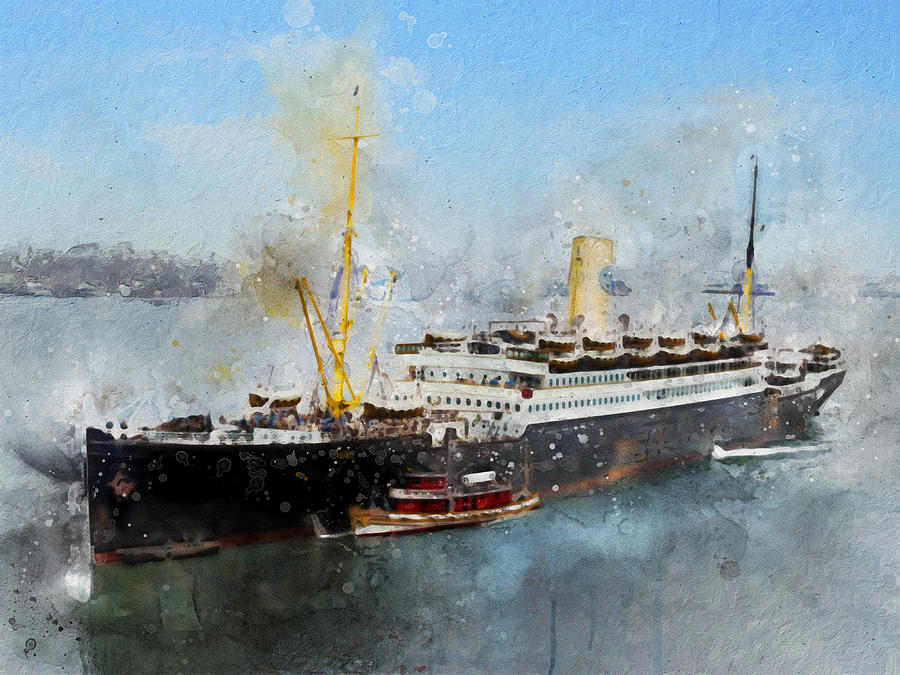 SS Drottningholm was one of the earliest steam turbine ocean liners. She was designed as a transatlantic liner and mail ship for Allan Line, built in Scotland, and launched in 1904 as RMS Virginian. Her sister ship, RMS Victorian, was built in Ireland, launched four months earlier, and was the World's first turbine-powered liner.

In the First World War Virginian spent a few months as a troopship and was then converted into an armed merchant cruiser (AMC). In August 1917 a U-boat damaged her with a torpedo.

In 1920 she was sold to the Swedish American Line and remnamed Drottningholm. As a neutral passenger ship the Second World War she performed notable service repatriating thousands of civilians of various countries on both sides of the war.

In 1948 Drottningholm was then sold to a company in the Italian Home Lines group, who changed her name to Brasil.

In 1951 Home Lines chartered her to Hamburg America Line, and the line her name changed again, this time to Homeland.

Homeland was scrapped in Italy in 1955.