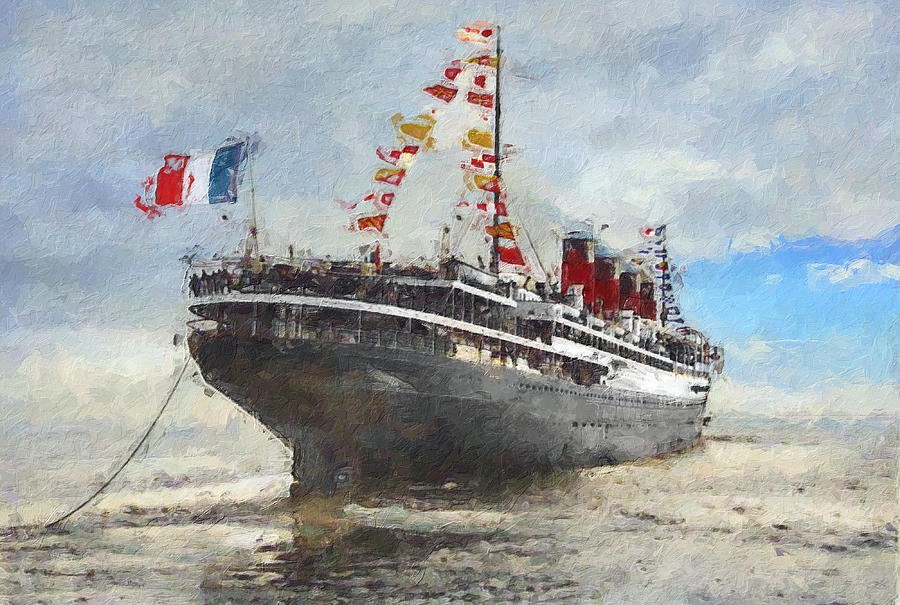 SS France was a French ocean liner which sailed for the Compagnie Générale Transatlantique, colloquially known as CGT or the "French Line". She was later nicknamed "Versailles of the Atlantic", a reference to her décor which reflected the famous palace outside Paris. Ordered in 1908, she was introduced into the Transatlantic route in April 1912, just a week after the sinking of RMS Titanic, and was the only French liner among the famous four-funnel liners (the "four stackers"). France quickly became one of the most popular ships in the Atlantic. Serving as a hospital ship during World War I, France would have a career spanning two decades. Her overall success encouraged CGT to create even larger liners in the future.