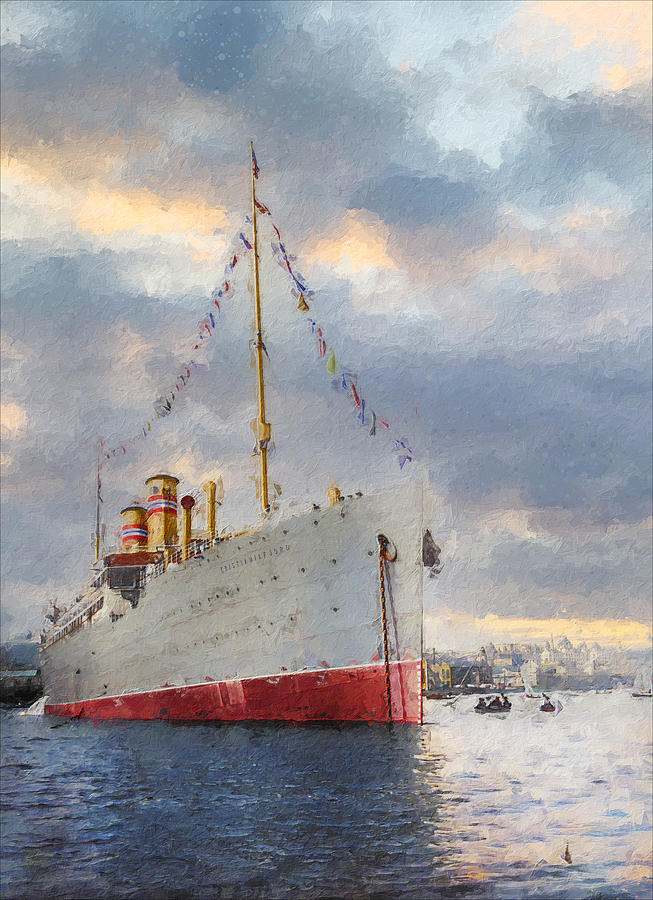 SS Kristianiafjord was the first ship in the fleet of the Norwegian America Line, built by Cammell Laird in Birkenhead, UK. The name refers to the fjord leading into the Norwegian capital Oslo, at the time called Kristiania. Launched from its shipyard on 23 November 1912, it was put into service in 1913, the same year as its sister ship, SS Bergensfjord. It embarked on its maiden voyage on 4 June that year, sailing from Christiania (Oslo) through Christiansand, Stavanger and Bergen to New York, with the captain S. C. Hiortdahl. Kristianiafjord had a tonnage of 10,699, and was fitted with wireless and electric light. She could take 1,200 passengers – 100 first class, 250 second class and 850 third class.

Kristianiafjord remained on the same route for the next four years, but on 15 June 1917 the ship wrecked near Cape Race, Newfoundland due to navigational error. There were 1144 persons on board at the time, but no lives were lost. About two weeks later, on 28 June, the wreck was destroyed and lost in a storm.