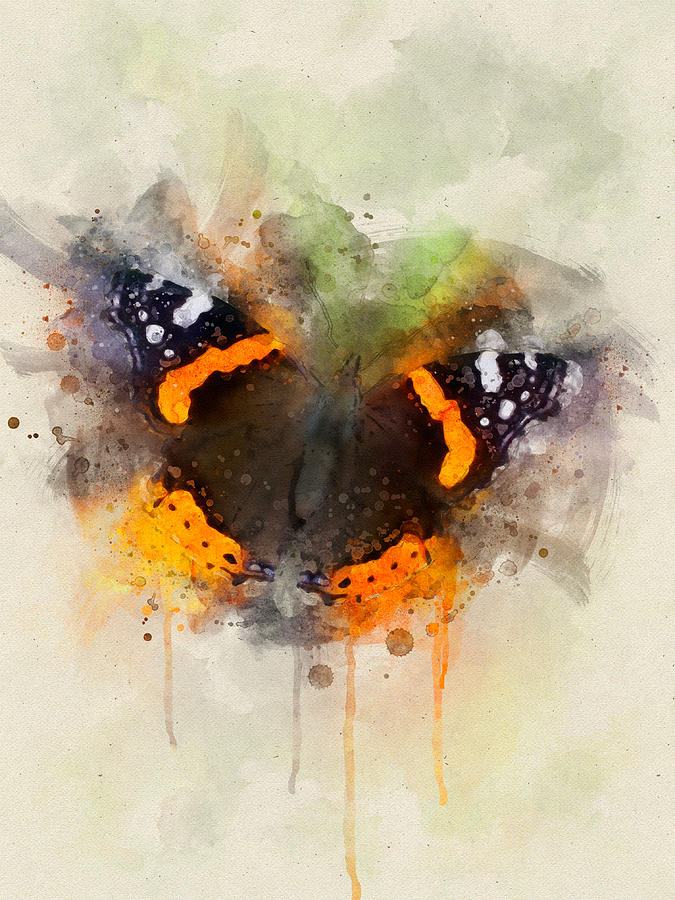 Vanessa atalanta, the red admiral or, previously, the red admirable, is a well-characterized, medium-sized butterfly with black wings, red bands, and white spots. It has a wingspan of about 2 inches (5 cm). It was first described by Carl Linnaeus in his 1758 10th edition of Systema Naturae. The red admiral is widely distributed across temperate regions of North Africa, the Americas, Europe, Asia, and the Caribbean. It resides in warmer areas, but migrates north in spring and sometimes again in autumn. Typically found in moist woodlands, the red admiral caterpillar's primary host plant is the stinging nettle (Urtica dioica); it can also be found on the false nettle (Boehmeria cylindrica). The adult butterfly drinks from flowering plants like Buddleia and overripe fruit. Red admirals are territorial; females will only mate with males that hold territory. Males with superior flight abilities are more likely to successfully court females. It is known as an unusually calm butterfly, often allowing observation at a very close distance before flying away, also landing on and using humans as perches.