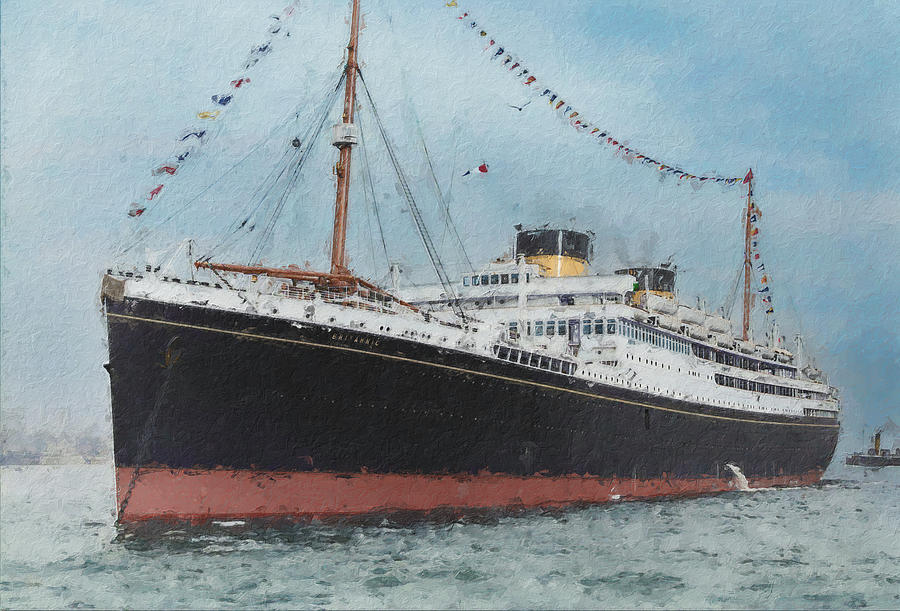 MV Britannic was a British transatlantic ocean liner that was launched in 1929 and scrapped in 1960. She was the penultimate ship built for White Star Line before its 1934 merger with Cunard Line. When built, Britannic was the largest motor ship in the UK Merchant Navy. Her running mate ship was the MV Georgic.

In 1934 White Star merged with Cunard Line; however, both Britannic and Georgic retained their White Star Line colours and flew the house flags of both companies.

From 1935 the pair served London, and at the time they were the largest ships to do so. From early in her career Britannic operated on cruises as well as scheduled transatlantic services. Diesel propulsion, economical speeds and modern "cabin ship" passenger facilities enabled Britannic and Georgic to make a profit throughout the 1930s, when many other liners were unable to do so.

In the Second World War Britannic was a troop ship. In 1947 she was overhauled, re-fitted, modernised and returned to civilian service. She outlived her sister Georgic and became the last White Star liner still in commercial service. Britannic was scrapped in 1960 after three decades of service.

She was the last of three White Star Line ships called Britannic. The first Britannic was a steamship launched in 1874 and scrapped in 1903. The second was launched in 1914, completed as the hospital ship HMHS Britannic and sunk by a mine in 1916.