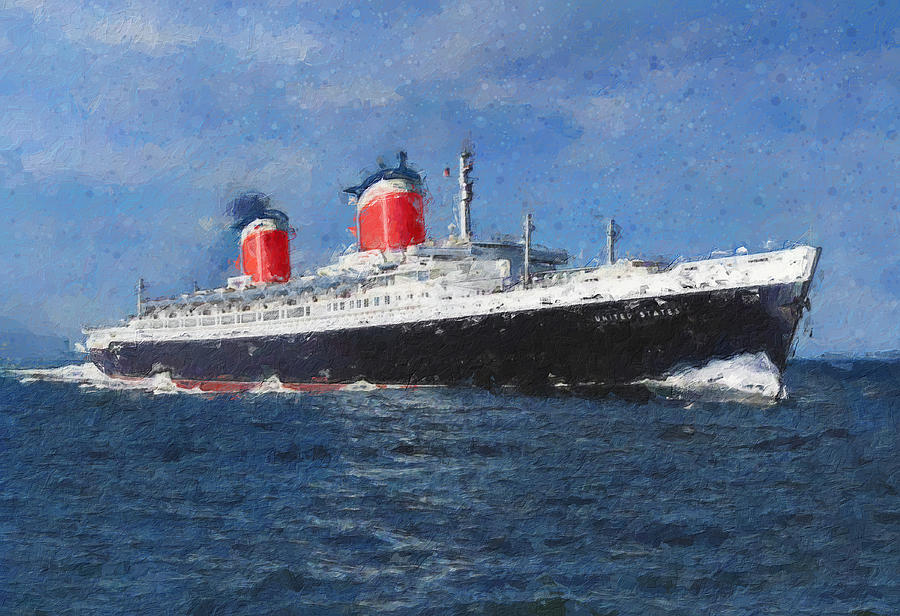 SS United States is a retired ocean liner built in 1950–51 for the United States Lines at a cost of US$ 79.4 million. The ship is the largest ocean liner constructed entirely in the United States and the fastest ocean liner to cross the Atlantic in either direction, retaining the Blue Riband for the highest average speed since her maiden voyage in 1952. She was designed by American naval architect William Francis Gibbs and could be converted into a troopship if required by the Navy in time of war. United States maintained an uninterrupted schedule of transatlantic passenger service until 1969 and was never used as a troopship.